Brunswick Church’s Refurb Project is an ambitious undertaking to give our building some much-needed refurbishment and also to make some improvements to better enable it to continue to host our mission and ministry serving the people of our community. In a process going back over ten years, and based on simple observation of the state our much-used and battered building, consultation with local people for whom it has become a Community Hub, and a lot of prayer, we became convinced that God was leading us to do something about it. 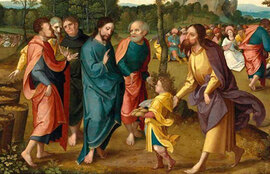 We knew from the outset that the cost would be well beyond our resources as a small inner-city church in and serving a community at the wrong end of the Indices of Multiple Deprivation, and among those hardest-hit by austerity and Covid-19. This is where the element of faith comes in, as it felt like we were offering our few loaves and fish, of themselves inadequate for the task, but with the blessing of Jesus…who knows? We believe these building improvements will make God’s mission through this part of his Church in this place more effective and that he will therefore provide for his work. But, in an echo of the words of the three Hebrew young men in Daniel 3:17-18, even if he doesn’t, we will continue that mission as best as we can.

​​So over the last three years Brunswick Church has been ‘fund raising’ for the first phase of its Refurb Project. As Christians, we believe that God is the ultimate provider of all we need and this puts a different perspective on our attitude to fund-raising than, say, a bowling club trying to pay for a new balcony for its pavilion. Not that we believe £20 notes will fall down from the sky in a heavenly shower of blessing: God works through and uses people. First of all us, then others. We, the current congregation, have given sacrificially, and lobbed in our church reserves. The local community have also chipped in and a number of ex-members have made generous donations. Still way short of our target. However, a number of successful applications to grant-giving bodies have pushed the total up to around 90%.
The next stage of involving others is perhaps unique to the Christian Church. As a church we are part of the wider Church, and our mission, while being our responsibility, is a part of the wider mission of the Church. In his letters Paul has much to say about the Church as the Body of Christ, particularly In 1 Corinthians 12 – its unity, the interdependence of the parts, which should have “equal concern for each other”. In 2 Corinthians 8 and 9 he applies these principles to financial support, writing about “the grace of giving” (8:7).

Could it be said that God has already provided the rest of the money needed for this project to his Church, and it is a question of re-distribution? This seems to be how Paul was thinking in his collection for the impoverished church in Jerusalem (1 Cor 16:1-4) as he writes in these two chapters. In 8:14 he says: “At the present time your abundance can contribute to their lack, so that their abundance can contribute to your lack. That is what makes for equality.” Not only is giving described by Paul as an “act of grace” (8:6), but a demonstration of unity and equality. Giving is to be out of abundance, and “according to your means. For if the willingness is there, the gift is acceptable according to what one has, not according to what one does not have.” (8:11-12).
There is a larger picture, with regard to the united witness of the churches to the transforming power of the gospel. “This service that you perform is not only supplying the needs of the Lord’s people but is also overflowing in many expressions of thanks to God.” (9:12)  Tom Wright, who counts these practical chapters about money as “among Paul’s greatest theological writing”, puts it like this: “When Jesus, for the sake of us all, became poor, we became rich; now when people who follow him are ready to put their resources at his disposal, the world and the church may benefit, not only from the actual money but from the fact that when the Jesus-pattern of dying and rising, of riches-to-poverty-to-riches, is acted out, the power of the gospel is let loose afresh in the world, and the results will be incalculable.”[1]
​Following this scriptural example and on basis of our church and mission being a part of a bigger Church and Mission, we feel comfortable in asking other churches to consider being a part of God’s provision for this project. Their help will be an expression of equality, unity and commitment to the gospel, their abundance will contribute to our lack. Paul cites as an example of generosity the Macedonian churches who “pleaded with us for the privilege of sharing in this service to the Lord’s people” (8:4). This almost suggests that it would be remiss of us not to offer this opportunity to participate in an “act of grace”! We are in turn expressing our belief in those same values of generosity and the grace of giving by committing to give a donation to another church also seeking to serve a deprived community.
Download our letter for churches here.
[1] Tom Wright, Paul for Everyone: 2 Corinthians, p91.